Do You Have a Facial Wart? Try These Useful Treatments 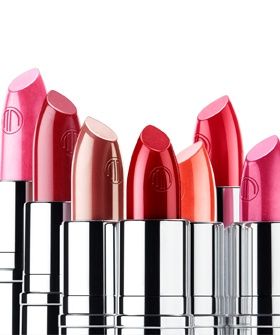 Warts are unsightly, contagious, and can be the source of low self-esteem. For those suffering with a facial wart, the emotional affects can be devastating. Often associated with witches and frogs, a facial wart can ruin the social life of a young person entering into adolescence.

The Human Papilloma Virus is the force behind warts and cannot be killed. Therefore treating a facial wart is dependent upon removing the wart as it appears. There are many over the counter remedies that may be applied to warts that have success. However, many over the counter treatments may take anywhere from 2 weeks to several months for maximum results. Therefore, when dealing with a facial wart, many people choose for stronger treatments that only a physician can perform.

There are also herbal remedies that may be used to treat a facial wart. Some of the most popular choices of herbal remedies include Tea Tree Oil, Garlic Oil, Ravensara Essential Oil, and Black Walnut Oil. The oils are applied to the wart and the wart may be bandaged. It is also recommended to slough off the dead skin around the wart. This is typically done with an Emery Board or a Pumice Stone.

Another popular home treatment is to cover the facial wart with duct tape. Because warts are a result of the Human Papilloma Virus, the immune system plays an important role in the healing of warts. By covering the wart with the duct tape, the surrounding area will become irritated and this will cause the white blood cells to come to the area. Hopefully, the white blood cells will notice the wart and begin to attack it. This does work, but isn’t full proof.

Over the counter remedies consist of pads, gels, creams, and lotions. Most of these treatments contain Salicylic Acid, or Compound W. By applying the Salicylic Acid to the wart daily, you will begin to notice the facial wart will dry up and eventually it will fall off. However, due to the fact that it can take several months for these treatments to work, it may be in the best interest to seek quicker results by contacting a dermatologist and discussing your options.

The practice consists of using a liquid such as Sodium Nitride or Liquid Nitrogen to freeze the facial wart. The wart will then turn black and fall off. The whole process may be complete within 24-48 hours, however sometimes it is necessary to repeat the procedure. This may be due to the Liquid Nitrogen or Sodium Nitride not penetrating deeply enough into the facial wart.

It is important to consult with your dermatologist before choosing either an at home remedy, or a procedure such as Laser Surgery or Cryotherapy.